This is an automated translation, which is why errors may occur.

At its media conference in Zurich today, SwissHoldings presented its voting campaign “Yes to updating the withholding tax”. The launch is marked by a mega poster on Zurich’s Hardbrücke, the largest billboard in Switzerland, on which the campaign sujet is presented. With its involvement in a campaign, SwissHoldings is acting outside its usual field of activity

The campaign is intended to be a first step in the effort to make pro-business proposals as a whole capable of gaining majority support again in Switzerland – in view of a recent survey, this is the challenge of the hour. The message: “a successful business location is not a static entity, but must be constantly adapted to new, ever-changing conditions. We can think of it like our smartphone or PC. Every now and then it needs an update, otherwise the system will stop working at some point.”

Today’s system needs an update
This is especially true for the withholding tax. This dates back to the 1940s. Back then, financial markets were primarily organized on a national basis. Today, the withholding tax prevents Swiss companies from raising outside capital in Switzerland. This is because it makes it unattractive for investors to invest in Switzerland. As a result, it is becoming more difficult for entrepreneurs to finance growth and innovation in Switzerland. 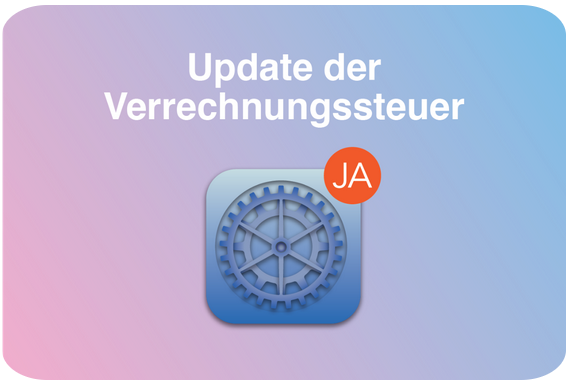 Withholding tax reform brings additional revenue
Julia Besnier, campaign manager at SwissHoldings, explains: “In many cases, financing currently has to take place abroad in order to attract sufficient investors. This is not ideal for companies or for Switzerland. So we need an update.” This would lead to additional tax revenues. The federal government expects that the update of the withholding tax will generate additional revenue of 490 million Swiss francs annually within ten years.

With the campaign, SwissHoldings would like to mobilize above all in the social center, which will decide this vote. In addition to the poster campaign, the “Yes to the Update” voting campaign will be seen primarily on social networks.

More informations about the reform