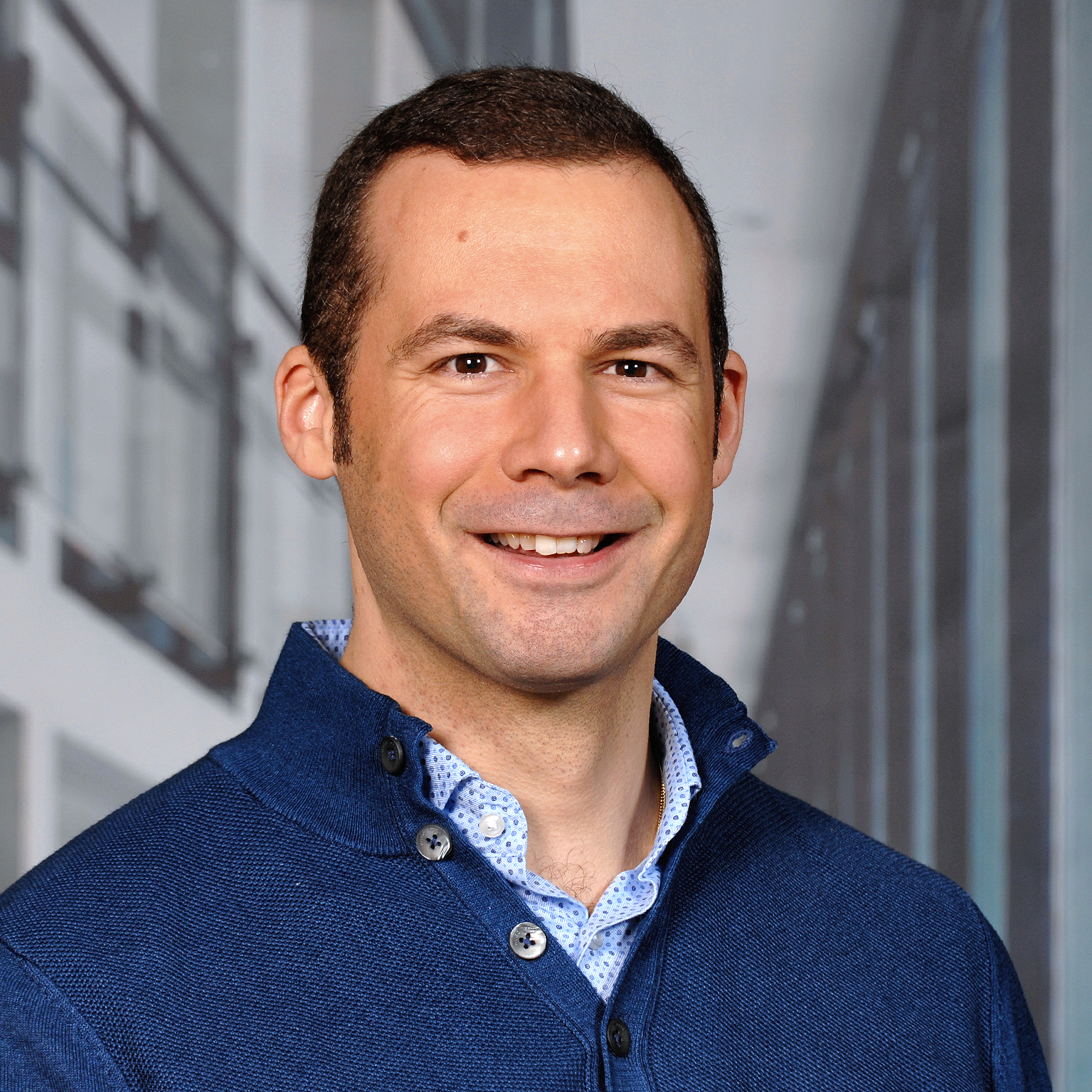 This is an automatic translation, which is why errors may occur

What is the significance and influence of multinational corporate groups for the Swiss economy? In which industries are they active? Who controls them? What share of their revenues stays in Switzerland? All these questions repeatedly arise in the context of political debates on multinational enterprise groups. In its publications, the Swiss Federal Statistical Office (SFSO) provides fact-based, but sometimes still incomplete, statistical information on these issues. In order to be able to provide reliable and meaningful data bases for future discussions and at the same time to reduce the burden on respondents as much as possible, the FSO must overcome several challenges that can only be met through increased cooperation with multinationals.

Importance of multinational enterprise groups for the Swiss economy
The activities and business models of multinational enterprise groups have a major impact on production, foreign trade, direct investment, innovation, employment and economic development in Switzerland. For some years now, it has been possible to quantify the impact of the 20,000 or so multinationals in Switzerland on employment, turnover and foreign trade in goods, thanks to the Statistics of Business Groups (STAGRE). The results are highly revealing: although domestic and foreign multinationals accounted for only 3.2% of business sector companies in 2021, they contributed 32.4% to employment, 87.0% to turnover, 85.6% to merchandise imports and 92.0% to merchandise exports in this sector. Much of these contributions come from a limited number of multinational enterprise groups. It is therefore not surprising that the 61 members of SwissHoldings (SH) play a significant economic role, as the following chart shows: 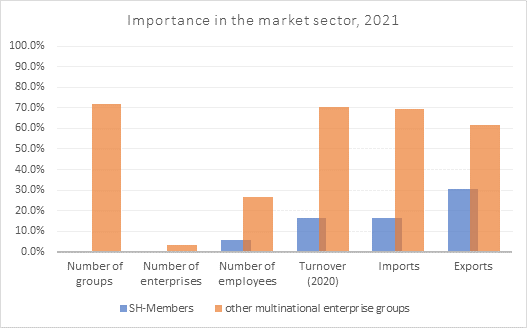 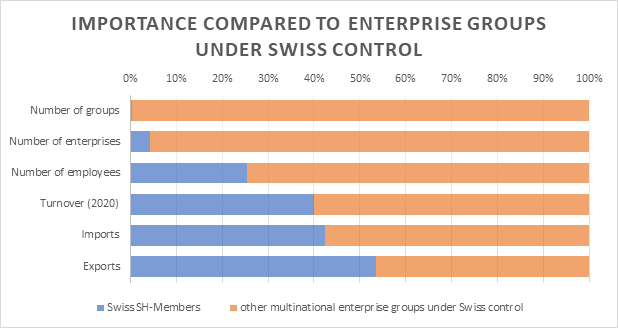 To capture the commodities trading sector, the FSO has recently compiled statistics on commodity traders together with other agencies of the Federal Administration and the Swiss National Bank. With around 900 commodity traders employing nearly 10,000 people, Switzerland has established itself as an important trading center. Multinational groups, especially foreign-controlled ones, contribute significantly to employment in the commodities trading sector. More than half of the jobs in this sector are in foreign multinationals.

There needs to be closer cooperation between the multinationals and the FSO
“Profiling” large, complex multinationals is a statistical task that needs to be developed more in the future. This involves understanding the business models of multinational enterprise groups and translating them into useful data collection structures. “Profiling” implies direct contact between the multinationals and the FSO and benefits everyone by defining observation units that can meet the needs of several statistical surveys and for which the companies can provide data at a reasonable cost. If “profiling” results in fewer questionnaires being sent to multinationals or in the introduction of solutions for automated data delivery, the burden on businesses can be further reduced. For its part, the FSO will have high-quality data more quickly and will be better able to track structural or operational changes among multinational enterprise groups.

The importance and complexity of multinationals are prompting the FSO to rethink the statistical production processes that follow data collection. The multinational enterprise group data sent by several contacts within these groups feed into a large number of basic statistics. As a result, there is a risk of not collecting fully coherent data, which ultimately affects the quality of macroeconomic statistics, particularly the calculation of gross domestic product (GDP). In other words: If special attention is not paid to multinational enterprise group data, the measurement of economic performance could lose quality. One solution to this problem is to establish a Large Cases Unit (LCU). An LCU is a team of professionals in a national statistical office whose main task is to provide coherent microdata on the most important and complex enterprise groups for a given set of statistics. In case of inconsistencies in the data, the LCU can contact the multinational enterprise group concerned to review the corrections made and, if no solution is found, discuss the causes and adjust future data deliveries. A prospective analysis has shown that the LCU would only need to address about 150 of the 20,000 multinationals operating in Switzerland to significantly improve the quality of public economic statistics.

Expanding the range of statistics on the globalization of the economy
The FSO plans to expand the statistical offering on globalization. In the area of multinational enterprises, STAGRE will be expanded to produce additional variables such as value added or research and development expenditures. Using the figures on value added, it will be possible to determine the contribution of domestic and foreign multinationals to Swiss GDP. In order to capture the globalization of the economy in all its aspects, a set of indicators will also be made available on a page of the FSO portal. In addition to multinational enterprise groups, this set will also cover topics such as foreign trade, direct investment and global value chains, and will be supplemented with additional variables on an ongoing basis.